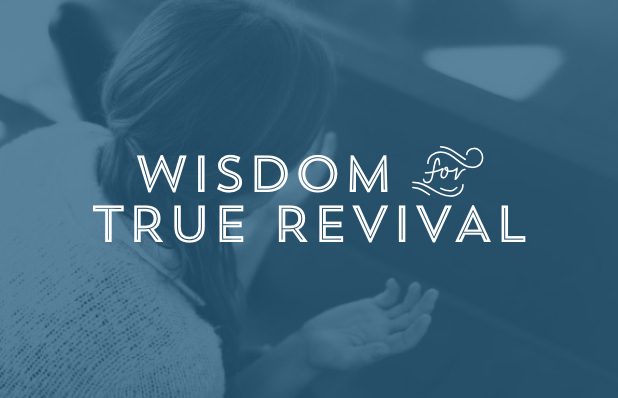 Revival is a buzz-word that seems to fall in and out of fashion.

There seems to be seasons in the church's history when great revival erupts. And there seems to be seasons when the soils of revival are dry ground. There are times when great movements of God sweep through nations, when lost people are saved by the thousands, and when people fall in love with the glories of Jesus. And there are times when nations are far from God, when very few are saved, when the church is content to live in her sin and rebellion. Revival seems to come and go.

The books of Ezra and Nehemiah are all about spiritual renewal and revival. You see, the Jewish exiles were allowed to return to their home in Jerusalem. And they began the long and hard work of rebuilding the temple and the city. But God wanted more than successful building campaigns. He wanted the hearts of his people. He still does.

So as our church begins to study and hear from these books, here are some great quotes on revival. Here is what some of the godliest and wisest followers of Christ have to say about true spiritual revival:

"As long as we are content to live without revival, we will." — Leonard Ravenhill

"To desire revival and at the same time to neglect prayer and devotion is to wish one way and to walk another." — A.W. Tozer

"The coming revival must begin with a great revival of prayer. It is in the closet, with the door shut, that the sound of abundance of rain will first be heard. An increase of secret prayer with ministers will be the sure harbinger of blessing." — Andrew Murray

"Revival begins in the individual’s heart. Let it begin with you on your face alone before God. Turn from every sin that might hinder. Renew yourself to a new devotion to the Savior." — Lee Roberson

"Every mighty move of the Spirit of God has had its source in the prayer chamber." —E.M. Bounds

"Christians in revival are accordingly found living in God’s presence, attending to His Word, feeling acute concern about sin and righteousness, rejoicing in the assurance of Christ’s love and their own salvation, spontaneously constant in worship, and tirelessly active in witness and service, fueling these activities by praise and prayer." — J.I. Packer

"A revival is nothing else than a new beginning of obedience to God. Revival is a renewed conviction of sin and repentance, followed by an intense desire to live in obedience to God. It is giving up one’s will to God in deep humility." — Charles Finney

"Revival is not the discovery of some new truth. It’s the rediscovery of the grand old truth of God’s power in and through the Cross." — Sammy Tippit

"Perhaps the greatest barrier to revival on a large scale is the fact that we are too interested in a great display. We want an exhibition; God is looking for a man who will throw himself entirely on God. Whenever self-effort, self-glory, self-seeking or self-promotion enters into the work of revival, then God leaves us to ourselves." — Ted Rendall

"Revival is falling in love with Jesus all over again." — Vance Havner