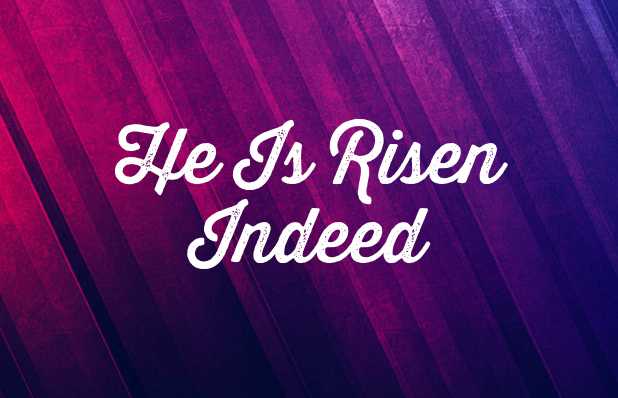 Every year, the Easter holiday comes and goes. And it can be easy to forget that our Savior is still alive. Right now. He is alive. This has been a great source of encouragement and hope for Christians throughout the ages. The fact that Jesus died and rose again gives us a reason to face any suffering, any trial, any sorrow, knowing that God has promised good to us. He has given us the hope of resurrection life with Christ in his Kingdom.

But not everyone sees this as our greatest hope. In Part 1 of this series, I mentioned a New York Times interview with Union Seminary President, Serene Jones. In this article—that was released the day before Easter, of all times—Jones argues that the resurrection of Jesus from the dead doesn’t really matter. She accuses many Christians of being “obsessed” with Jesus' bodily resurrection. The story of Jesus is not about a dead man who really came back to life. It’s about the power of love.

But what happens to the message of Christianity if there is no resurrection? Is it a big deal, if Jesus is still in the ground somewhere in the Middle East? Does the literal, bodily resurrection of Jesus matter? Are modern Christians obsessed with resurrection?

Well, let’s ask one of the men who saw Jesus alive? Paul, what do you think?

1. Our Message Is Empty Without the Empty Tomb

2. Out Faith Is Empty Without the Empty Tomb

Paul tells us in verses 16 and 17, that if Christ has not been raised, then our faith is empty and we are still in our sins. You see, by faith, we are trusting that Jesus died to take the payment for sin. We are trusting that God counts our sins against Jesus so that we might be free from condemnation. And the fact that Jesus rose is the proof that the did exactly that. If Jesus is still dead, then we have no confidence that his offering was acceptable to God. For all we know, he was just one of the tens of thousands of Jews who were killed by crucifixion. Without the resurrection of Jesus was no assurance that God has really forgiven us. Our faith in the Christ as our perfect sacrifice is empty without the empty tomb.

3. Our Hope Is Empty Without the Empty Tomb

Paul tells us in verses 18 and 19, that if Christ has not been raised, then we have no hope for the life to come. What good does the death of Christ do for us, if we will not be raised with him? What good is he if we are dead? You may say, we’ll at least our soul can go to be with Christ. And while that does happen at death, that is not our hope. The hope that the story of the Bible gives us is the hope in resurrection life in the resurrected creation—the New Heavens and the New Earth. If our hope in Christ is just for this life, Paul says we are a pathetic people. We are people destined for the grave, worshipping a dead guy still in his. But if Christ has been raised, then we join in the hope of the Bible that we too will be raised with him one day. Our hope in resurrection life is empty without the empty tomb.

1 Corinthians 15:14–19—“If Christ has not been raised, then our preaching is in vain and your faith is in vain. We are even found to be misrepresenting God, because we testified about God that he raised Christ, whom he did not raise if it is true that the dead are not raised. For if the dead are not raised, not even Christ has been raised. And if Christ has not been raised, your faith is futile and you are still in your sins. Then those also who have fallen asleep in Christ have perished. If in Christ we have hope in this life only, we are of all people most to be pitied." (ESV)