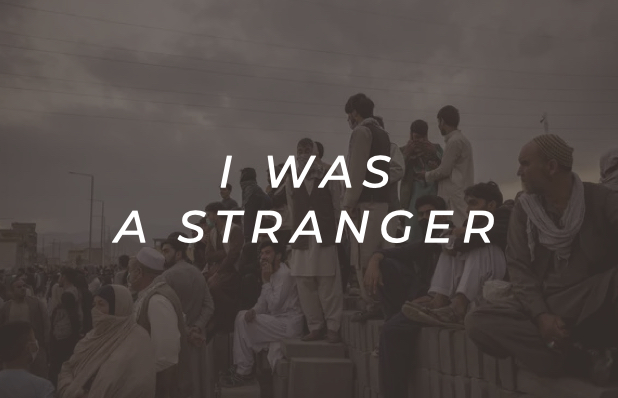 God’s people have long had a problem with empty worship. By the time the 8th Century BC rolls around, the prophet Micah confronts Israel for over 400 years of idolatry and injustice. And what stands out to him was their attempt to cover up their sins with empty worship. Micah asks a question: do extreme acts of religion make up for failure to love God and love others? And the answer is no. But here is what God does require:

"He has told you, O man, what is good;
and what does the LORD require of you
but to do justice, and to love kindness,
and to walk humbly with your God?"
(Micah 6:8, ESV)

Extreme acts of religious observance are not what God requires. Though the law was good and the sacrificial system was God’s design, it was not meant to be a system of empty religion. It was meant to be coupled with a life of justice, kindness, and humility. But the human condition will always lead us to cover our sins with self-righteous religion.

It’s no wonder then, that when Jesus shows up nearly 700 years later, he confronts this very same issue. He tells the religious leaders of his day:

“Woe to you, scribes and Pharisees, hypocrites! For you tithe mint and dill and cumin, and have neglected the weightier matters of the law: justice and mercy and faithfulness. These you ought to have done, without neglecting the others.
(Matthew 23:23, ESV)

Empty religion didn’t work in Micah’s day and it still didn’t work in Jesus’. But this is not just a problem for religious leaders. It’s a temptation we all face. And so Jesus gave us one last parable to help us before his death. In Matthew 25, he tells the parable of the sheep and the goats. When the final judgment comes, Jesus will separate those who receive eternal life from those who will perish. And the difference between them is how they treated “the least of these.” You see, loving and caring for the least of these in Jesus’ mind is loving and caring for him. How we treat others reflects our true love and devotion to him.

And right there in the list of ways we ought to treat the least of these, Jesus says: “I was a stranger and you welcomed me.” Jesus is saying I was an immigrant and you welcomed me. I was a refugee and you welcomed me. This is no surprise because God’s Word is clear that he cares for the immigrant and the refugee. The people of Israel began as immigrants from the land of Ur and they finally arrived into the Promised Land as refugees newly delivered from their slavery. God’s law taught them not to oppress the foreigner (Exodus 23:9). Israel was to provide for immigrants by leaving some of the crops for them to eat (Leviticus 19:10). And they were to treat sojourners as equals in the eyes of the law (Leviticus 24:22). In the prophets, immigrants show up in what some have called the quartet of the vulnerable: the widow, the orphan, the immigrant, and the poor (Zechariah 7:10). The Word of God is clear: God’s people should care for immigrants and refugees. And when we welcome them, especially those who are brothers and sisters in Christ, we are welcoming Jesus.

So fast forward to August 2021. The US ends the war in Afghanistan and withdrawals completely from the country. And, politics aside, this withdrawal created nothing short of a humanitarian crisis. It became clear early on, that the Afghan military would not be able to keep the Taliban and their forces at bay. And soon the country would be captured. Millions of Afghans had already fled the county and the United Nations estimates that half a million more will flee before the end of the year. The United States plans to receive over 50,000 of these refugees in the coming months. Many of them are coming to Bowling Green.

But there is the question of how we should respond. The United States was founded and built as a country of people seeking respite from oppression and tyranny. But our attitudes have not always reflected those ideals. Even among Christians, there can be suspicion and condescension. There is the fear that they might be terrorists. There is a common idea that they are going to take our jobs. There is the concern that they will dilute our culture and the American way of life. Christians can get swept away with these attitudes too. And we come dangerously close to having the empty religion that Christ warns us against.

So what should be the Christian response? Of course, there are going to be very complicated realities at work here. But at the very basic level, Christians should be ready to do what Christ commands—welcome the stranger.

Second, we need to serve. The life of a refugee is not easy. Not only is there the pain and the trauma of what they experienced in their home, but there is the difficulty of moving to a new country, with a new language, and a new culture. Churches have the opportunity to come alongside refugees and serve them in the name of Jesus. And the reality is that our communities have been full of immigrants and refugees long before this crisis in Afghanistan. Christ is calling us to seek out these people and to serve them.

Third, we need to share. Doing justice and mercy is not in opposition to preaching the gospel. But without preaching the gospel we are simply doing humanitarian work. We need to do both. Christ is calling us to serve but to proclaim our hope in him as we do it. We have the opportunity to share the only good news of eternal salvation with refugees. So as we serve them, it should be our joy to share the gospel and tell them of the only name under heaven and earth whereby we can be saved—Jesus.

When Jesus said I was a stranger, he meant it. He left his home in heaven and came to the earth. His family was forced to flee to Egypt as refugees when he was young. He spent his ministry as an itinerate preacher wandering through the towns and villages of Palestine. And when it came time for him to die, he was cast out of the city gates to the Place of the Skull. And it would be there on Golgotha that he would be crucified to truly pay for the sins of his people once and for all. He was a stranger indeed. And so the Risen Christ calls us to welcome the stranger and so prove our love for him. He is calling us to live and love so that one day he can say to us—I was a stranger and you welcomed me.

If you want to get involved in serving and welcoming refugees in our community, Refuge Bowling Green is a great organization to connect with.