How Do I Know God's Will 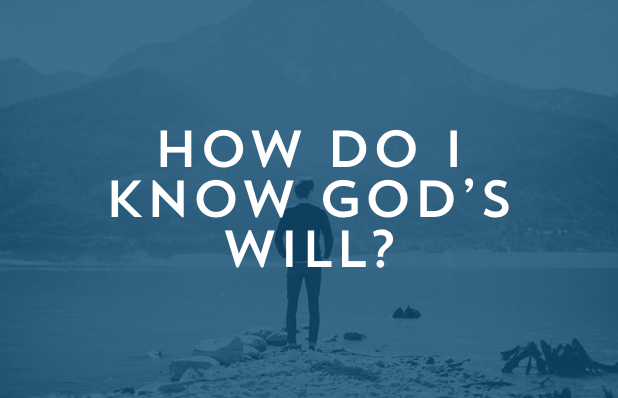 It’s a question Christians always seem to be asking, and for good reason. We do want to honor our God, after all. We have big decisions to make, and our sincere desire is to obey our heavenly Father. So, we look to him for guidance. The problem is that many Christians don’t know the ways God has commanded us to look for him for that guidance. We know that his Word is a light to our path, but the Bible doesn’t seem to tell us what house we need to buy or who we need to marry. We also know that God guides us by his Holy Spirit, but what exactly does that mean?

Perhaps we can find some help from an old Christian. Like, really old. Almost 300 years ago, John Newton was born in England. Newton would spend much of his life as a slave trader. However, he eventually converted to Christ and repented, going on to become minister of the gospel. He is best known for being the author of the hymn Amazing Grace. While the story of his life is extraordinary (and well worth looking up), it is the ordinary letters that he wrote to his friends that have stuck around after all these years.
In one of these letters, Newton gives some advice on how we can know God’s will.

1. Casting lots. While this may seem strange to some of us, people sometimes do feel the temptation to cast lots in order know God’s will. Newton points out that in the Bible, there are some instances where God’s people cast lots, but they are very specific cases and this practice is never meant to be the typical way of seeking wisdom:

“We are invited to come boldly to the throne of grace, to make our requests known to the Lord, and to cast our cares upon him: but we have neither precept nor promise respecting the use of lots; and to have recourse to them [to rely on them] without his appointment, seems to be tempting him rather than honoring him.”

Even if we’ve never thought about casting lots, we tend to devise our own ways and signs of discerning God’s will for us. Oftentimes, we come up with our own signs and ask God to reveal his will to us by those signs. This can be described in the same way Newton describes casting lots, as “tempting him [God] rather than honoring him.”

2. Flipping open to a random Bible verse. We’ve all been tempted to do this one, but Newton argues that this will most likely cause people to take Scripture out of its context. In fact, he says that this was actually a practice that pagans from long ago used to engage in, and that Christians really ought to have no part in it:

“If people will be governed by the occurrence of a single text of Scripture…they may commit the greatest extravagances, expect the greatest impossibilities, and contradict the plainest dictates of common sense, while they think they have the word of God on their side.”

3. Trusting emotions after reading one specific passage of Scripture. Newton goes on to talk about the danger of making decisions based on one’s emotional state after reading Scripture. Sometimes, a single passage can fill us with either confidence or fear, and we can feel like God is telling us to do something based solely upon that feeling. Newton warns us not to trust that:

“If impressions or impulses are received as a voice from heaven, directing to such particular actions as could not be proved to be duties without them, a person may be unwarily misled into great evils and gross [obvious] delusions.”

4. Trusting emotions after praying. People can misuse prayer just as much as they can misuse Scripture. Newton says that too often, we make decisions based on how we feel after asking God for guidance, using those emotions as proof for God’s will:

“Too often we first secretly determine for ourselves, and then come to ask counsel of God; in such a disposition we are ready to catch at everything that may seem to favor our darling scheme.”

5. Trusting in dreams. Lastly, Newton says that too often people think their dreams are God’s sure-fire way of guiding them:

“To pay a great attention to dreams, especially to be guided by them, to form our sentiments, conduct, or expectations, upon them, is superstitious and dangerous.”

It is important to know that Newton agreed that God may occasionally use some of these methods to encourage a Christian. But he says this is uncommon and that we should not rely on these methods.

So how can we receive God’s guidance? Newton says the common way God leads his people is by answering their prayers and giving them the Holy Spirit in order to understand the Bible. Then, the Bible renews their minds and makes them wiser. They see the world through the lens of the Bible, and things start to become clearer. They know they shouldn’t trust their own self or their own feelings, but instead make decisions based on the commands, promises, and truths of Scripture. As they grow in their knowledge of the Word, they are more able to detect when something would go against that Word.

To illustrate his point, a story from my own past may be helpful. I once spent some time on a mission trip. Toward the end of the trip, with my emotions surging due to the excitement of serving the Lord in another country, I had an idea of a possible ministry endeavor to embark on. However, I wanted to do God’s will, not mine. So, I thought it would be wise to make a vow and ask the Lord for a sign. If the sign happened, I would do it. The vow served to ensure that I followed whatever God told me through this sign.

Essentially, I was casting lots. The problem is that I’ve never quite been able to tell if the sign was fulfilled. There have been many instances where it seems like the sign is fulfilled, but not like I expected it to be. It left me in greater confusion than where I started. What I thought was a sure-fire way to determine God’s will ended up being a binding law I placed on myself. I didn’t honor the Lord by being conformed to his wisdom, I tempted him by forcing him to speak to me in a predetermined way.

So, how can you know God’s will for your life? Well, start by studying the whole Bible and praying that God will speak to you through his Word. And most of all, remember Newton’s encouragement:

“The Lord…does not disappoint their expectations. He leads them by a right way, preserves them from a thousand snares, and satisfies them that he is and will be their guide even unto death.