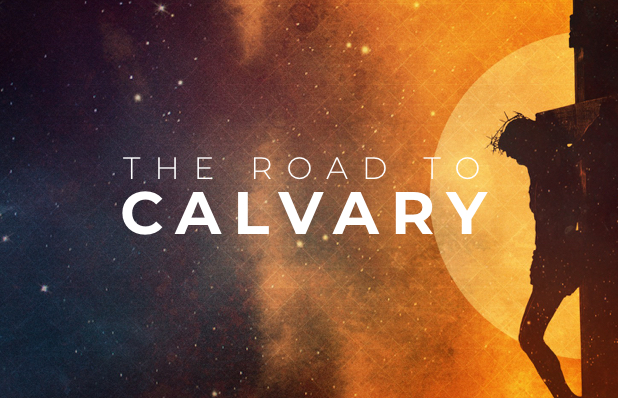 For around thirty-three years of his life, Jesus had lived in the humble form of a man. The glory of his divinity had been veiled by his humanity. That beauty upon which angels gazed had been covered by his plain form. He lived on this earth among us as one of us. But something was about to happen that would change the way three of his disciples would forever see him.

Peter had just made the good confession—that Jesus is the Christ, the Son of the Living God. The disciples had come to know who Jesus was. They had seen his signs and wonders. They had heard his teaching. They understood his mission. But nothing could have prepared James, John, and Peter for what would happen next.

Jesus calls these three to hike to the top of a mountain with him. No doubt they wonder why they are making the ascent. What is up here? What are they going to see? When they reach the top of the mountain, Jesus suddenly is transfigured there among them. The view of his humanity is set aside and the disciples are given a view of the unveiled glory of Jesus—the Eternal Son, the Word who was with God in the beginning and who is himself, God. His face shines like the blazing brightness of the sun and his clothes are pure white. And with him stands two men—Moses and Elijah.

Amazed at what is taking place, Peter speaks up and offers to build three tents for each of the men. But before he can finish his suggestion, a great cloud come upon them and God speaks from heaven, “This is my beloved Son, with whom I am well pleased; listen to him.” And then the cloud vanishes, the prophets depart, and Jesus returns to his normal human form.

What would such a vision mean? Why would this happen?

We certainly are drawn by this vision to the past. We can’t help but think of Mt. Sinai. After six days Jesus heads to the top of a mountain, just as Moses did. God descends upon the mountain in the form of a cloud and speaks, just like at Sinai. Jesus talks about his departure from this world, or exodus to put it another way. Peter suggests that they build tents, just as Israel did in the wilderness. This scene clearly shows us that Jesus is the New Moses. He is now the Giver of a new law and the One who stands between God and his people.

This transfiguration also draws our attention to the future. In his 2nd letter, Peter recalls the glorious vision and makes this conclusion about it: “For we did not follow cleverly devised myths when we made known to you the power and coming of our Lord Jesus Christ, but we were eyewitnesses of his majesty.” How can Peter be sure that Jesus will return in glory to this earth? He saw Jesus’ glory on the mountain—the very same glory that he will have when he returns. The transfiguration is a picture of the coming glory that Jesus will have as every eye and heart will see him, confess that he is Lord, and bow the knee in worship.

Yet, Jesus' glory must be revealed here in the present. There on the mount in the presence of Moses and Elijah, Jesus speaks about the events that are coming for him. You see, Jesus' road to glory must make a stop in Jerusalem. There is a royal welcome awaiting him there. There is a holy meal set for him. And there is a crown and throne ready for their King. But it would not be a crown of gold and throne of power. Instead, Jesus would show his glory by suffering and death. The road to glory meant a road to a bloody cross. And now Jesus' face was set to welcome his crown of glory and his cross.